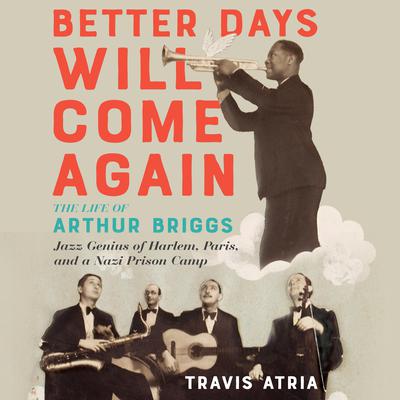 Better Days Will Come Again: The Life of Arthur Briggs, Jazz Genius of Harlem, Paris, and a Nazi Prison Camp

Arthur Briggs's life was Homeric in scope. Born on the the tiny island of Grenada, he set sail for Harlem during the Renaissance, then to Europe in the aftermath of World War I, where he was among the first pioneers to introduce jazz music to the world. During the legendary Jazz Age in Paris, Briggs's trumpet provided the soundtrack while Hemingway, Fitzgerald, and the rest of the Lost Generation got drunk. By the 1930s, Briggs was considered "the Louis Armstrong of Paris," and was the peer of the greatest names of his time, from Josephine Baker to Django Reinhardt. Even during the Great Depression, he was secure as "the greatest trumpeter in Europe." He did not, however, heed warnings to leave Paris before it fell to the Nazis, and in 1940, he was arrested and sent to the prison camp at Saint Denis. What happened at that camp, and the role Briggs played in it, is truly unforgettable. Better Days Will Come Again, based on groundbreaking research and including unprecedented access to Briggs's oral memoir, is a crucial document of jazz history, a fast-paced epic, and an entirely original tale of survival.