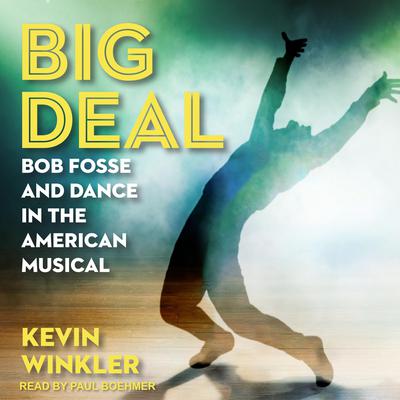 Big Deal: Bob Fosse and Dance in the American Musical

Bob Fosse (1927–1987) is recognized as one of the most significant figures in post-World War II American musical theater. With his first Broadway musical, The Pajama Game, in 1954, the "Fosse style" was already fully developed, with its trademark hunched shoulders, turned-in stance, and stuttering, staccato jazz movements. Fosse moved decisively into the role of director with Redhead in 1959 and was a key figure in the rise of the director-choreographer in the Broadway musical. He also became the only star director of musicals of his era—a group that included Jerome Robbins, Gower Champion, Michael Kidd, and Harold Prince—to equal his Broadway success in films.

Following his unprecedented triple crown of show business awards in 1973 (an Oscar for Cabaret, Emmy for Liza with a Z, and Tony for Pippin), Fosse assumed complete control of virtually every element of his projects. But when at last he had achieved complete autonomy, his final efforts, the film Star 80 and the musical Big Deal, written and directed by Fosse, were rejected by audiences and critics.

A fascinating look at the evolution of Fosse as choreographer and director, Big Deal: Bob Fosse and Dance in the American Musical considers Fosse's career in the context of changes in the Broadway musical theater over four decades.

“A model for how to approach a biography-history of a dancemaker. Patiently, without edge or vulgarity or hype of any sort, the book focuses on Fosse’s career-technical details, influences, process, and ideals intact—and it relates Fosse’s life honestly yet with full relevance to the work. Furthermore, the larger context of the subtitle is honored as well, in full. It reads as if written with the collaboration of everyone in Fosse’s world, including his critics, historians, and audiences. Kevin Winkler’s achievement is a Big Deal, indeed.” —Mindy Aloff, author of Dance Anecdotes

Kevin Winkler enjoyed a career of more than twenty years as a curator, archivist, and library administrator at the New York Public Library, prior to which he was a professional dancer. He has published articles and contributed to books on performing arts libraries and archives, LGBTQ performance, films, and dance. He blogs for the Huffington Post and is a MacDowell Colony fellow.