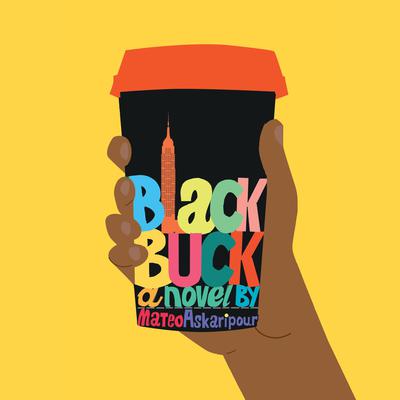 Entertainment Weekly Pick of the Month

A Vanity Fair Magazine Pick to Get You through the Winter

An Essence Magazine Pick of Most Anticipated Books of January

A Cosmopolitan Pick for 2021

A Shondaland Pick of Best Books of the Month

A BookRiot Pick of Recommended Reads

A PopSugar Pick of Most Talked About Books of 2021

“Askaripour closes the deal on the first page of this mesmerizing novel, executing a high wire act full of verve and dark, comic energy.”
—Colson Whitehead, author of The Nickel Boys

“A hilarious, gleaming satire as radiant as its author. Askaripour has announced himself as a major talent of the school of Ralph Ellison, Paul Beatty, Fran Ross, and Ishmael Reed. Full of quick pacing, frenetic energy, absurd—yet spot on—twists and turns, and some of the funniest similes I’ve ever read, this novel is both balm and bomb.”
—Nafissa Thompson-Spires, author of Heads of the Colored People

For fans of Sorry to Bother You and The Wolf of Wall Street—a crackling, satirical debut novel about a young man given a shot at stardom as the lone Black salesman at a mysterious, cult-like, and wildly successful startup where nothing is as it seems.

There’s nothing like a Black salesman on a mission.

An unambitious twenty-two-year-old, Darren lives in a Bed-Stuy brownstone with his mother, who wants nothing more than to see him live up to his potential as the valedictorian of Bronx Science. But Darren is content working at Starbucks in the lobby of a Midtown office building, hanging out with his girlfriend, Soraya, and eating his mother’s home-cooked meals. All that changes when a chance encounter with Rhett Daniels, the silver-tongued CEO of Sumwun, NYC’s hottest tech startup, results in an exclusive invitation for Darren to join an elite sales team on the thirty-sixth floor.

After enduring a “hell week” of training, Darren, the only Black person in the company, reimagines himself as “Buck,” a ruthless salesman unrecognizable to his friends and family. But when things turn tragic at home and Buck feels he’s hit rock bottom, he begins to hatch a plan to help young people of color infiltrate America’s sales force, setting off a chain of events that forever changes the game.

Black Buck is a hilarious, razor-sharp skewering of America’s workforce; it is a propulsive, crackling debut that explores ambition and race, and makes way for a necessary new vision of the American dream.

“An irresistible comic novel about the tenacity of racism in corporate America.” —Washington Post
“A combination of character study, searing indictment of all the problematics of white corporate culture, and some good old-fashioned enjoyable sarcasm.” —Entertainment Weekly
“Askaripour closes the deal on the first page of this mesmerizing novel, executing a high wire act full of verve and dark, comic energy.” —Colson Whitehead, Pulitzer Prize winner and New York Times bestselling author
“A hilarious, gleaming satire as radiant as its author…Some of the funniest similes I’ve ever read, this novel is both balm and bomb.” —Nafissa Thompson-Spires, author of Heads of the Colored People
“Zeno Robinson’s narration is outstanding—he sounds likable and real…Winner of the AudioFile Earphones Award.” —AudioFile
“Zeno Robinson narrates with apt speed, moving the narrative along at a good clip with nary a mistake. His performance is almost flawless. This funny, often sad novel is wonderfully performed, enjoyable on every level.” —Sound Commentary (starred audio review)
“He may have written the first satire that doubles as self-help.” —Los Angeles Times
“Darkly comic.” —NPR
“A witty yet thrilling examination of the complexities of race in corporate America…Askaripour embeds tokens of wisdom in his well-crafted plot and delivers direct messages of advice and encouragement.” —BookPage (starred review)
“A biting, witty, and absurdist novel that sheds light on racism, start-up culture, corporate morality, media bias, gentrification, and many other timely, important themes.” —Booklist (starred review)
“Askaripour eviscerates corporate culture in his funny, touching debut…a potent blend of heart and dramatic irony.” —Publishers Weekly (starred & boxed review)
“Satirically lays out the wretched excesses of turn-of-the-twenty-first-century capitalism as it both enriches and disfigures a bright young Black man’s coming-of-age…with punchy, go-for-broke mother-wit.” —Kirkus Reviews

Mateo Askaripour is the author of the acclaimed debut novel Black Buck. He was a 2018 Rhode Island Writers Colony writer-in-residence, and his writing has appeared in Entrepreneur, Lit Hub, Catapult, The Rumpus, Medium, and elsewhere. Follow him on Twitter and Instagram at @AskMateo.