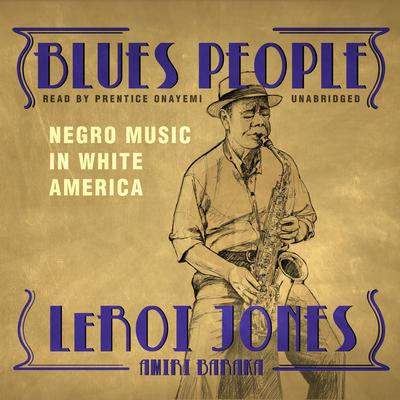 “The path the slave took to ‘citizenship’ is what I want to look at. And I make my analogy through the slave citizen’s music—through the music that is most closely associated with him: blues and a later, but parallel, development, jazz…[If] the Negro represents, or is symbolic of, something in and about the nature of American culture, this certainly should be revealed by his characteristic music.”

So says Amiri Baraka in the introduction to Blues People, his classic work on the place of jazz and blues in American social, musical, economic, and cultural history. From the music of African slaves in the United States through the music scene of the 1960s, Baraka traces the influence of what he calls “negro music” on white America—not only in the context of music and pop culture but also in terms of the values and perspectives passed on through the music. In tracing the music, he brilliantly illuminates the influence of African Americans on American culture and history.

“Blues People is American musical history; it is also American cultural, economic, and even emotional history. It traces not only the development of the Negro music, which affected white America, but also the Negro values which affected white America.” —Library Journal
“Blues People is not only a fresh, incisively instructive reinterpretation of Negro music in America but it is also crucially relevant to Negro-White relationships today.” —Nat Hentoff, award-winning historian and music critic

Amiri Baraka, born LeRoi Jones in 1934, was a poet, playwright, novelist, critic, and political activist. He was best known for his highly acclaimed, award-winning play Dutchman, as well as The Slave, The Toilet, and numerous poetry collections. He died in 2014.