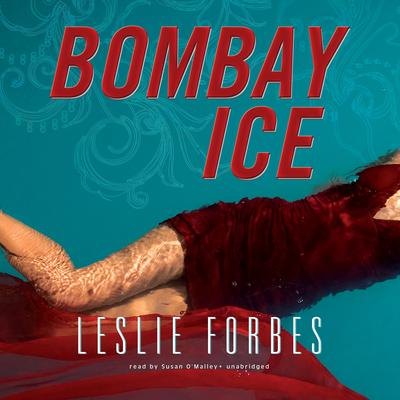 A dazzling novel of murder and monsoons, of poison and seduction, of long-buried secrets and lethal betrayals

Rosalind Benegal is a BBC correspondent who has spent years distancing herself from surreal memories of a childhood spent in India. But lately her long-lost sister, Miranda, has taken to sending her cryptic postcards all the way from Bombay. In swirling script, Miranda claims she’s being followed by a eunuch; she alludes to her childhood fear of water; she hints that her husband may have murdered his first wife. Miranda’s dizzying missives compel Rosalind to do what she would never do on her own—return to the land of her birth, to the country that still haunts her after twenty years abroad.

Part literary thriller, part eloquent meditation on everything from the secret art of alchemy to the hidden lives of gangsters, artists, con men, prostitutes, and serial killers, Bombay Ice is rich with the heady atmosphere of India. It is an extraordinarily intelligent debut that captures the very essence of an exotic and fabled land.

“Lavish and sexy…An engrossing narrative, entertaining even when it meanders, and drenched with enough local color to tint the saris for the most extravagant Bollywood production number.” —New York Times Book Review
“A remarkable and clever debut.” —Washington Post
“Forbes keeps it humming, in a lively narrative whose really rather formidable intellectual content …is agreeably leavened by good old melodramatic standbys like a looming monsoon, a cobra poised to strike, and numerous hairbreadth escapes…Top-notch entertainment.” —Kirkus Reviews
“Top-notch entertainment.” —Kirkus Reviews
“Be prepared to brush up your Shakespeare—and your Ovid, your W. H. Auden, and your history of films from Alfred Hitchcock to Mira Nair. Forbes’ brilliant thriller and literary tour de force is densely packed with allusions, echoes, parallels, metaphors, and references…This entertains, absorbs, and at times makes your blood run cold.” —Kliatt
“Bombay comes alive in these pages…Wild, extravagant…Unpredictable.” —Newsday
“A riveting murder mystery…Complex and vastly entertaining…The toughest, most sympathetic heroine since Smilla’s Sense of Snow.” —Harper’s Bazaar
“A brainy thriller.” —Entertainment Weekly
“Forbes pushes the thriller genre to its limits…Enormous fun and truly chilling.” —Philadelphia Inquirer
“Thrilling…A breathtaking read.” —San Diego Union-Tribune
“[An] intricate literary thriller suffused with exotic atmosphere…[A] bombardment of rich detail that makes the story interesting, augmented by Forbes’ striking imagery and a progression of colorful and eccentric characters.” —Publishers Weekly (starred review)
“What happens when the glitzy world of moviemaking Bombay meets the gritty conventions of film noir? With luck, something like this dazzlingly ambitious novel…Crackling with wordplay and allusion, and set against a city that resembles nothing so much as a stage set under construction, the hyperliterate Bombay Ice sports influences ranging from Shakespeare to Sunset Boulevard, chaos theory to Raymond Chandler. In between meditations on alchemy, entropy, and the science of weather, Forbes constructs an intricate story charged with all the tension of the coming monsoon. The result is never less than interesting.” —Amazon.com editorial review
“This brilliantly written novel poses philosophical questions about man and nature while treating mysticism, folklore, ancient remedies, and methods of murder. Its characters, perfectly delineated and believable, lure readers into a story that recalls Rumer Godden. Give your patrons a literary treat. Buy this one.” —Library Journal

Leslie Forbes has worked in London as a writer, artist, and broadcaster for over twenty years. She is the author of award-winning travel books, including the worldwide bestseller A Table in Tuscany (Italy’s Barbi-Colombini prize winner for the best book on the food and culture of Italy), and the presenter of many celebrated BBC radio series, several based in Italy. Her first novel, the international bestseller Bombay Ice, was published in 1998 to huge acclaim, as was her second, Fish, Blood & Bone, which was nominated for the Orange Prize.