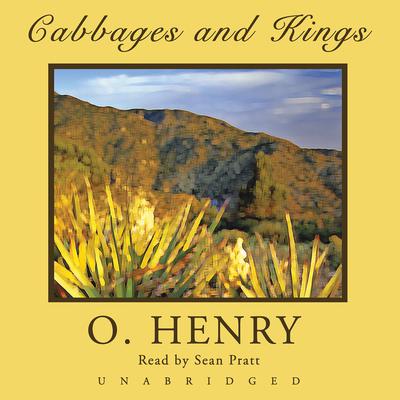 O. Henry wove several stories together into this highly episodic narrative, taking his title and inspiration from Lewis Carroll’s poem “The Walrus and the Carpenter” in Alice in Wonderland.

The stories are set in the fictional country of Anchuria in Central America, a banana republic where larceny is rampant and revolution is lurking in every impoverished back alley. O. Henry offers a cutting satire of contemporary politics and prejudices. Nevertheless, an essential middle-class morality prevails, in which lovers are reunited, poverty obliterated, character rewarded, and sentiment satisfied.

O. Henry (1862–1910), born William Sydney Porter in Greensboro, North Carolina, was a short-story writer whose tales romanticized the commonplace, in particular, the lives of ordinary people in New York City. His stories often had surprise endings, a device that became identified with his name. He began writing sketches around 1887, and his stories of adventure in the Southwest United States and in Central America were immediately popular with magazine readers.