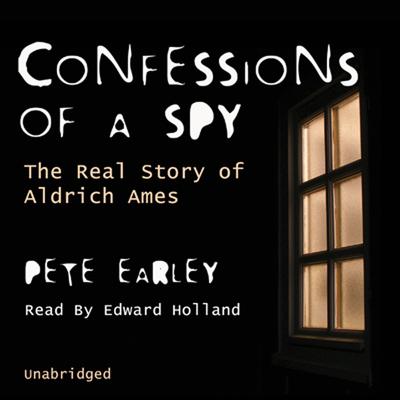 Confessions of a Spy: The Real Story of Aldrich Ames

When Aldrich Ames was arrested in 1994, he had been feeding the KGB information for nine years; he had been paid more than two and a half million dollars, with the promise of two million more; and he had been personally responsible for the betrayal that led to the execution of most of the United States’ top assets in the Soviet Union. Never before had one man done so much damage to American security.

Pete Earley is the only writer to have conducted fifty hours of interviews with Ames, without a government censor present; to have traveled to Moscow to speak to Ames’ KGB handlers and the families of the spies he betrayed; and to have had access to the remarkable CIA mole-hunting team of three women who finally tracked Ames down. The result is a much more complex portrait of the man and his impact than previously seen.

“What’s strikingly new in Mr. Earley’s telling of the Ames story is his access to the subject himself…Mr. Ames now…stands revealed as an example of a quintessential twentieth-century figure, the self-analytical man who doesn’t understand himself at all.” —New York Times
“Holland’s grandfatherly narration of Ames’ transcendence from wide-eyed schoolboy to frustrated and self-justifying double agent almost convinces the listener that Earley was simply sick and tired of participating in a world of bureaucratic incompetence and hypocrisy. This sympathetic interpretation depicts a man who lost the meaning and purpose of his work and, ultimately, his direction in life.” —AudioFile
“[A] thoroughly researched, detailed account of Ames’ secret activities and the US counterintelligence team’s frustrating but ultimately successful investigative efforts…interesting and fast reading…Recommended.” —Library Journal

Pete Earley, a former reporter for the Washington Post, is the author of several works of nonfiction, including the bestsellers The Hot House and Family of Spies, and the multi-award-winning Circumstantial Evidence. According to Washingtonian magazine, he is one of ten journalist/authors in America “who have the power to introduce new ideas and give them currency.” Earley is also the author of three New York Times bestsellers and a finalist for the Pulitzer Prize.