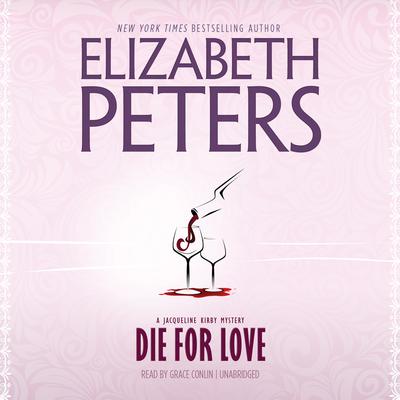 The annual Historical Romance Writers of the World convention in New York City is calling to Jacqueline Kirby, a Nebraska librarian who desperately desires some excitement. But all is not love and kisses at this august gathering of starry-eyed eccentrics and sentimental scribes. As far as Jacqueline is concerned, the sudden "natural" death of a gossip columnist seems anything but. And when she's approached by a popular genre star who fears for her own life, the resourceful Ms. Kirby quickly goes back to work … as a sleuth.

There's a sinister scenario being penned at this purple prose congregation. And when jealousy and passion are released from the boundaries of the printed page, the result can be murder.

“Delicious stereotypes abound as each author tries to outdo the others. The narrator splendidly delivers the banter and wordplay of these wordsmiths. Peters is a natural for audio because conversation is central to her work. Conlin wonderfully portrays the array of characters.” —AudioFile
“A good addition to mystery collections.” —Library Journal
“Conlin reads in a rich, resonant and beautifully cadenced voice. Her timing is impeccable and she carries you effortlessly through the story. Light and enjoyable.” —Kliatt