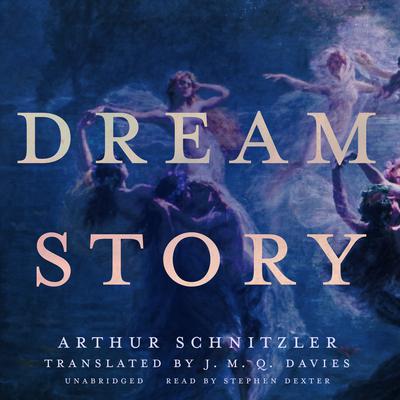 A married couple, Fridolin and Albertine, are troubled by events and jealous of each other’s attentions the night before at a masquerade ball. Suddenly, Fridolin, a doctor, is summoned to the bedside of a dying man, an elderly councilor, whose daughter he finds attractive and vaguely sensual. So begins a series of involvements throughout the night in increasingly dangerous and deviant sexual adventures for Fridolin, who, taken by a friend to a “secret” party, is forced to make more choices that seemingly are beyond his control.

The dream-like events are rendered more frighteningly real through Schnitzler’s powerfully detailed descriptions, as little by little Fridolin gives in to the demands of the secret celebrants. Do these represent real acts, or is the very fact that he imagines them enough to symbolize his moral decay? Schnitzler gives no answer, but Fridolin himself comes to realize that “No dream is entirely a dream.”

In this superb translation, we recognize the full force of Arthur Schnitzler’s masterwork. Dream Story, also known as Rhapsody: A Dream Novel, was written in 1925 by Schnitzler. It was first published in installments in the German magazine Die Dame, the first illustrated magazine in Germany to cater to the interests of modern women. Dream Story, first published in 1926, was adapted into a film by Stanley Kubrick called Eyes Wide Shut, starring Nicole Kidman and Tom Cruise.

Arthur Schnitzler (1862–1931) was born in Vienna, the son of a prominent Jewish laryngologist. He studied medicine at Vienna University but soon abandoned medicine for writing. From 1895 he attracted public attention as a dramatist. Concentrating on sex and death, his work shows a remarkable capacity to create atmosphere and to pursue profound, ruthless and often Freudian analysis of human motives.