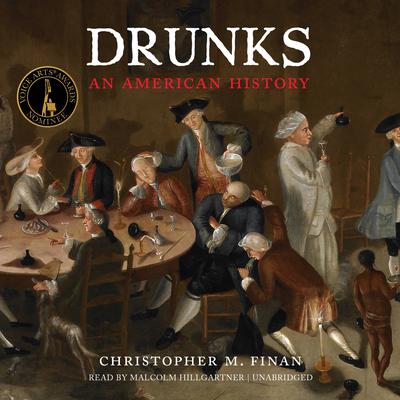 Finalist for the Voice Arts Award for Best History

A social history of alcoholism in the United States, from the seventeenth century to the present day

Today, millions of Americans are struggling with alcoholism, but millions are also in long-term recovery. Alcoholics Anonymous and a growing number of recovery organizations are providing support for alcoholics who will face the danger of relapse for the rest of their lives. We have finally come to understand alcoholism as a treatable illness, rather than a moral failure. Today’s advocates can draw inspiration from the victories of sober drunks throughout American history.

Christopher Finan recounts the nation’s history with alcohol and its search for sobriety, which began among Native Americans in the colonial period, when liquor was used to cheat them of their property. He introduces us to the first of a colorful cast of characters, a remarkable Iroquois leader named Handsome Lake, who dedicated his life to helping his people renounce hard liquor. And we meet Carrie Nation, the wife of an alcoholic who destroyed bars with an ax in her anger over what alcohol had done to her family, as well as the idealistic and energetic Washingtonians, reformed drunks who led the first national movement to save men like themselves.

Finan also tells the dramatic story of Bill Wilson and Dr. Bob Smith, the two drunks who helped each other stay sober and then created AA, which survived its tumultuous early years and has made it possible for millions of men and women to quit drinking. This is narrative history at its best: entertaining and authoritative, an important portrait of one of America’s great liberation movements.

“A lively, engaging, and enlightening account of a major strain of the American character. We drank our way to nationhood, and some of us drank too much.” —Richard Rhodes, Pulitzer Prize recipient
“An appropriately harrowing account of booze and its discontents…A worthy treatment of recovery movements in American history, unsung heroes and all.” —Kirkus Reviews
"[A] portrait of the power alcohol has on those addicted to it…Offers captivating stories in a well-researched, in-depth manner, shining a light on a topic well worth exploring.” —Publishers Weekly
“Finan…provid[es] well-researched and dense windows into selected stories of how alcoholics have been perceived by both society and the medical community over time…The vignettes Finan selected provide relevant facts about important players associated with the history of alcoholism and how it has been treated in the United States. An interesting read for fans of American history.” —Library Journal
“A fascinating history of the recovery movement that allowed me to consider my own sobriety in a broader context…Finan has written an outstanding book that should take its place alongside the definitive texts detailing other medical and cultural issues in American society.” —Lisa Smith, author of Girl Walks out of a Bar

Christopher M. Finan is the author of From the Palmer Raids to the Patriot Act: A History of the Fight for Free Speech in America and Alfred E. Smith: The Happy Warrior, among other books. He is the director of American Booksellers for Free Expression, a project of the American Booksellers Association.