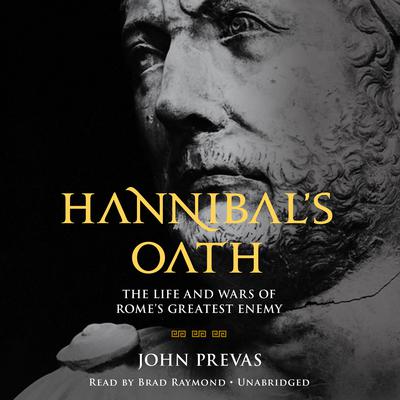 Hannibal’s Oath: The Life and Wars of Rome's Greatest Enemy

According to ancient sources, Hannibal was only nine years old when his father dipped the small boy’s hand in blood and made him swear eternal hatred of Rome. Whether the story is true or not, it is just one of hundreds of legends that have appeared over the centuries about this enigmatic military genius who challenged Rome for mastery of the ancient world.

In this new biography, historian John Prevas reveals the truth behind the myths of Hannibal’s life, wars, and character— from his childhood in Carthage to his training in military camps in Spain, crossing of the Alps, spectacular victories in Italy, humiliating defeat in the North African desert, banishment from Carthage, and suicide. Hannibal’s Oath is an epic account of a monumental figure in history.

John Prevas is an author, adventurer, and teacher of classics who has climbed the Alps in search of Hannibal’s pass and followed Alexander’s footsteps through the “terrorist belt” of Iran, Afghanistan, and Pakistan. His books include Hannibal Crosses the Alps, Xenophon’s March, and Envy of the Gods.