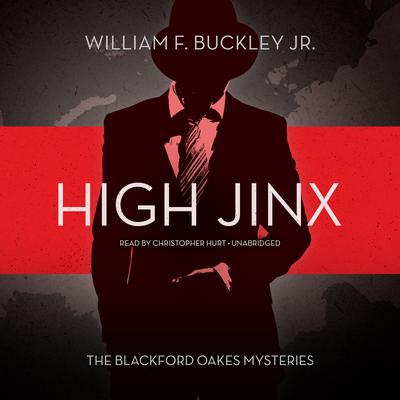 As Anatole Broyard of the New York Times has so aptly said, "If le Carr├® is the Henry James of suspense fiction, Buckley, if he chose, might be the Waugh." Bill Buckley has created a handsome American hero, Blackford Oakes, who happens to be an irreverent Yale-and-CIA-trained superspy.

The year is 1954. Stalin has died in Moscow and a deadly earnest power play nears its conclusion. Meanwhile, British and American commandos on a mission to liberate a Soviet satellite country have met a disastrous end. Jinxed. The communications system between English and American intelligence has been penetrated. Jinxed. There is a spook in their midst. High Jinx—higher still when the risk becomes one which Blacky alone must take.

“Buckley's ingenious plot and linguistic ballet show him in top form.” —Publishers Weekly
“Blackford Oakes is back and continues to be as witty, charming, and courageous as ever.” —Library Journal