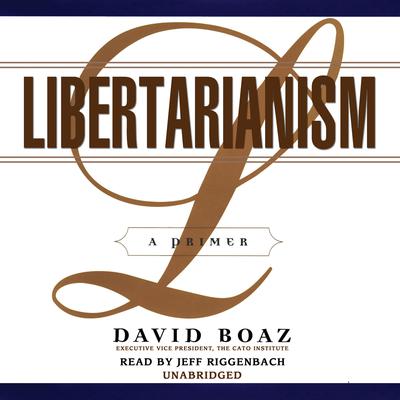 Tens of millions of Americans are rediscovering libertarianism, a visionary alternative to the tired party orthodoxies of left and right. In 1995, a Gallup poll found that 52 percent of Americans said “the federal government has become so large and powerful that it poses an immediate threat to the rights and freedoms of ordinary citizens.” Later that year, the Wall Street Journal concurred, saying, “Because of their growing disdain for government, more and more Americans appear to be drifting—often unwittingly—toward a libertarian philosophy.”

David Boaz offers an essential guidebook to the libertarian perspective, detailing its roots, central tenets, solutions, and future in American politics. This is must-reading for understanding one of the most exciting and hopeful movements of our time.

“This book is an admirably clear exposition of the position—defined by David Boaz as ‘the view that each person has the right to live his life in any way he chooses so long as he respects the equal rights of others.’”  —Amazon.com, editorial review
“Readers and individuals concerned with future directions of American politics will find this book an interesting and informative initial analysis.”  —Library Journal
“A cogent screed for the curious.”  —Booklist
“A solid introduction to a trendy ideology…Unlike those who bash government simply to further their own interests, Boaz understands the substantive implications of the libertarian merger of natural-rights liberalism and capitalism…and produces a work that should be taken seriously.” —Kirkus Reviews

David Boaz is executive vice president of the Cato Institute, described by Rolling Stone as “the hottest think-tank in Washington.” His articles have appeared in the New York Times, the Wall Street Journal, the Washington Post, and the Los Angeles Times. He lives in Washington, DC.