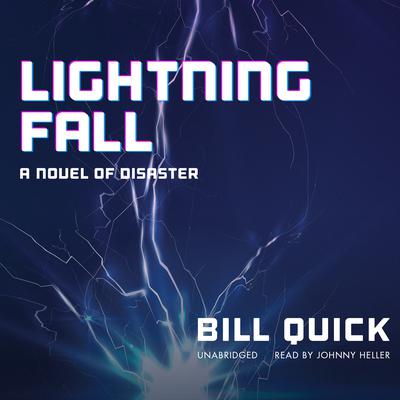 Lightning Fall: A Novel of Disaster

Three terrorist attacks are launched from freighters against the United States. Only one fully succeeds, but in the blink of an eye all of the country west of the Rocky Mountains is transformed into the technological equivalent of the eighteenth century—no electricity, no computers, no electronics of any kind, or any of the amenities of modern life that depend on them. This is the story of ordinary and extraordinary people, high and low, who struggle to survive in a mortally wounded nation, as America's enemies within and without circle for the kill.

A Latino gangbanger becomes mayor of a devastated Los Angeles; a gay survivalist fights for his life in San Francisco; an ordinary Indiana housewife and her three children struggle to keep their lives together in a crashing economy; a shrimp fisherman in Louisiana watches a mushroom cloud rise over New Orleans; the admiral in charge of the military defense of the nation faces a storm of enemies from every corner of the compass; and the president of the United States and the Speaker of the House of Representatives battle for supremacy as the lives of sixty million Americans hang in the balance.

Lightning Fall tells a story of terror, tragedy, and triumph that you will never forget.

Bill Quick is a well-known science fiction author with dozens of published novels and short stories as well as nonfiction and screenwriting achievements to his credit. He is the longtime publisher of the blog Daily Pundit, where he named the Blogosphere on New Year’s Day, 2002. He is also the publisher of the prepping site Emergency-Preps.com.