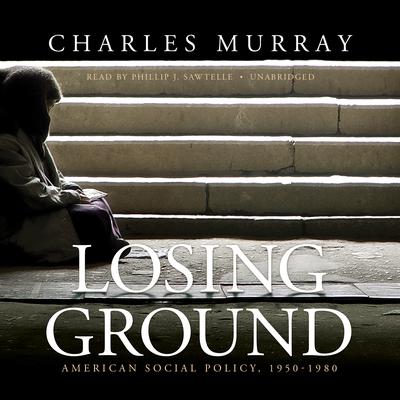 Beginning in the 1950s, America entered a period of unprecedented social reform. This remarkable book demonstrates how the social programs of the 1960s and ’70s had the unintended and perverse effect of slowing and even reversing earlier progress in reducing poverty, crime, ignorance, and discrimination. Using widely understood and accepted data, it conclusively demonstrates that the amalgam of reforms from 1965 to 1970 actually made matters worse. Why? Charles Murray’s tough-minded answers to this question will please neither radical liberals nor radical conservatives. He offers no easy solutions, but by forcing us to face fundamental intellectual and moral problems about whom we want to help and how, Losing Ground marks an important first step in rethinking social policy.

“Charles Murray will infuriate people. But if they read carefully he will also make them think.” —Ken Auletta, New York Times bestselling author
“A great book.” —Wall Street Journal
“Without bile and without rhetoric it lays out a stark truth that must be faced.” —Business Week
“A remarkable book. Future discussions of social policy cannot proceed without taking the arguments and evidence of this book into account.”  —James S. Coleman, University of Chicago

Charles Murray is the W. H. Brady Scholar at the American Enterprise Institute. He first came to national attention in 1984 with his book Losing Ground. His book Coming Apart: The State of White America, 1960–2010 was a New York Times bestseller and named one of the 100 Notable Books of 2012 by the New York Times Book Review. His other books include In Pursuit, The Bell Curve (with Richard J. Herrnstein), What It Means to Be a Libertarian, Human Accomplishment, In Our Hands, and Real Education. He received a bachelor’s degree in history from Harvard and a doctorate in political science from the Massachusetts Institute of Technology. He lives with his wife in Burkittsville, Maryland.