Lovers at the Chameleon Club, Paris 1932: A Novel

One of Kirkus Reviews’ Best Books of 2014

A richly imagined and stunningly inventive literary masterpiece of love, art, and betrayal, exploring the genesis of evil, the unforeseen consequences of love, and the ultimate unreliability of storytelling itself.

Paris in the 1920s shimmers with excitement, dissipation, and freedom. It is a place of intoxicating ambition, passion, art, and discontent, where louche jazz venues like the Chameleon Club draw expats, artists, libertines, and parvenus looking to indulge their true selves. It is at the Chameleon where the striking Lou Villars, an extraordinary athlete and scandalous cross-dressing lesbian, finds refuge among the club’s loyal denizens, including the rising Hungarian photographer Gabor Tsenyi, the socialite and art patron Baroness Lily de Rossignol; and the caustic American writer Lionel Maine.

As the years pass, their fortunes—and the world itself—evolve. Lou falls desperately in love and finds success as a race car driver. Gabor builds his reputation with startlingly vivid and imaginative photographs, including a haunting portrait of Lou and her lover, which will resonate through all their lives. As the exuberant twenties give way to darker times, Lou experiences another metamorphosis—sparked by tumultuous events—that will warp her earnest desire for love and approval into something far more.

“Significant writers are rare, by definition. A writer like Francine Prose, who is not only significant but capable of writing brilliantly about pretty much anything—from obsessive love to religious ecstasy to Lovers at the Chameleon Cub, Paris, 1932, about life in Paris in the twenties and beyond—is not only rare. She is, essentially, the Hope Diamond of literature.” —Michael Cunningham, New York Times bestselling author
“This novel is a reading experience like none other I’ve ever had—a shimmering library of possible truths and forking pathways, an anthology of lies and secrets, of self-deceit and self-indictment, complicity and resistance, myriad tales of glorious transgression. I was addicted to this book.” —Karen Russell, New York Times bestselling author
“Francine Prose’s latest, and possibly best, book goes further in destroying the concept of a single truth than Rashomon. It is also an uproarious portrait of Paris from the mid-twenties to the Second World War. Prose has always been adept at slaying sacred cows; in this book, she pretty much machine-guns them.” —Gary Shteyngart, New York Times bestselling author
“Engrossing...The narrative twists and turns, circles back to add depth to previous scenes, at other times casts doubt on the reliability of a narrator, and occasionally calls into question the entire endeavor of historical fiction.” —Elle
“A master of the craft delivers a riveting period piece that probes the origins of evil.” —O, The Oprah Magazine
“Francine Prose exuberantly conjures up the romance of that unstable era…Ms. Prose’s novel is filled with felicitous imagery and sparkling period details.” —Wall Street Journal
“An oasis of ribald humor, sexual transgression, and military intrigue…So dazzlingly does Francine Prose re-create this seamy chapter of mid-century Paris that it’s tempting to think of her as not a novelist but an editor who corralled all these people into a raucous work of history...C’est magnifique!” —Washington Post
“A novel of great reach and power, a portrait of an entire era. Prose…has a miraculous gift for imagining a foggy quay or a smoky cabaret…A a convincing reconstruction of an entire epoch.” —New York Times Book Review
“A dark and glorious tour de force…In an intricately patterned, ever-morphing, lavishly well-informed plot spanning the French countryside and reaching to Berlin, Prose intensifies our depth perception of that time of epic aberration and mesmerizing evil as she portrays complex, besieged individuals struggling to become their true selves.” —Booklist (starred review)
“Brilliant and dazzling…A tour de force of character, point of view, and especially atmosphere.” —Kirkus Reviews (starred review)
“Prose is no stranger to exploring both fact and fiction, but seldom before has there been a more perfect union of the two. Her narrative slyly points out the fickle nature of memory as well as the inherent unreliability of all storytelling. As Prose breathes new life into Paris of a bygone era, even history buffs may find themselves unsure just how much Prose is pulling from history rather than her own imagination. Lovers at the Chameleon Club, Paris, 1932 is a remarkable work of fiction that feels completely true. Richly atmospheric and utterly engrossing, it is not to be missed.” —BookPage 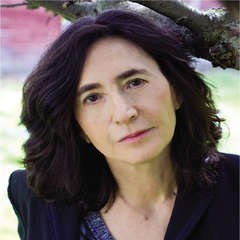 Francine Prose is the author of many bestselling books of fiction, including A Changed Man and Blue Angel, which was a finalist for the National Book Award, and the nonfiction New York Times bestseller Reading like a Writer. Her novel, Household Saints, was adapted for a movie by Nancy Savoca. Another novel, The Glorious Ones, has been adapted into a musical of the same name by Lynn Ahrens and Stephen Flaherty, which ran at the Mitzi E. Newhouse Theatre at Lincoln Center in New York City in the Fall of 2007. She is the president of PEN American Center.