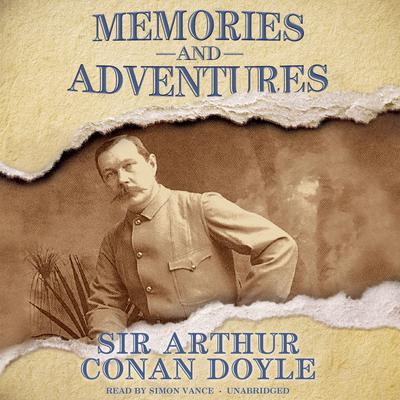 “I have had a life which, for variety and romance, could, I think, hardly be exceeded. I have known what it was to be a poor man and I have known what it was to be fairly affluent. I have sampled every kind of human experience. I have known many of the most remarkable men of my time. I have had a long literary career after a medical training which gave me the MD of Edinburgh…I have traveled as Doctor to a whaler for seven months in the Arctic and afterwards in the West Coast of Africa. I have seen something of three wars: the Sudanese, the South African and the German. My life has been dotted with adventures of all kinds. Finally, I have been constrained to devote my latter years to telling the world the final result of thirty-six years’ study of the occult…Such is the life which I have told in some detail in my Memories and Adventures.”—Sir Arthur Conan Doyle

“The charming memoirs of Sherlock Holmes’s creator show that he did much more than write detective stories.” —AudioFile
“You would think that writing the complete works of Sherlock Holmes would be the accomplishment of a lifetime. Think again. In this autobiography, Sir Arthur Conan Doyle describes an incredibly adventuresome and full life, of which the authorship of his famous stories was only a small part…[Vance] offers a smooth and professional reading of this exciting book.”  —Kliatt