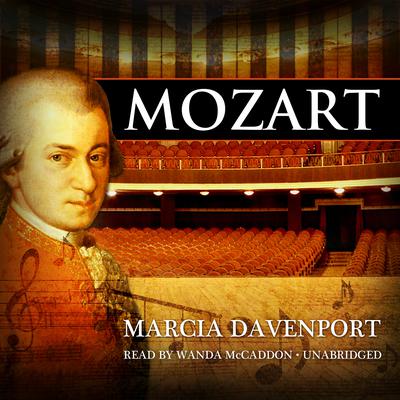 Realistic, moving, engrossing, and positively brilliant, this biography recreates Mozart, the man and his music, against the background of the world he lived in. For Marcia Davenport, the research and writing of Mozart was truly a labor of love, during which she retraced every journey he made, saw every dwelling (then extant) in which he had ever lived, every theater where his works were first performed, and every library and museum where his manuscripts were then to be seen. In this eloquent work of historical reconstruction, Davenport lets her characters tell their own stories. She builds from Mozart's infancy toward the climactic meeting in 1787 of Mozart, Lorenzo Da Ponte, and Casanova in Prague, when Don Giovanni was being written, to Mozart's tragically early death. The result is a biography of such commanding stature that it has remained unassailable since its publication in 1932.

“Gives a vivid and convincing portrait of the child prodigy who developed into the man-genius, a portrait that does not romanticize Mozart too much and leaves the reader convinced of the reality of the figure with whom he has passed through a career of hard work, poverty, neglect, and few (but astounding) triumphs.” —New York Times Book Review
“Brings a great man to life again.” —New York Times
“Marcia Davenport has written a book that deserves the praise it has been given. She has steepered herself in the spirit of the time and has a great love for Mozart, and more than a dilettante’s appreciation of his music. She allows characters to speak for themselves more than many biographers do.” —Helen Kemp, renowned children’s choir clinician

Marcia Davenport (1903–1996) was an American author and music critic. She began her writing career on the editorial staff of the New Yorker before writing her first book, Mozart, the first published American biography of composer Wolfgang Amadeus Mozart. She went on to become a best selling novelist, and several of her books inspired movies starring some of Hollywood's top names.