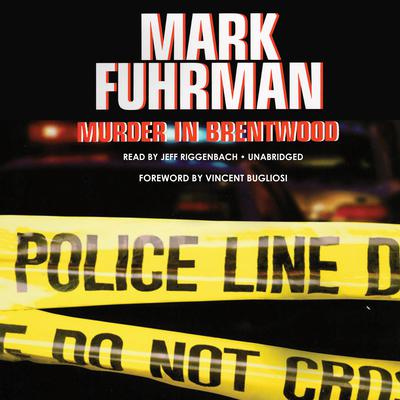 For O. J. Simpson to get away with murder, an innocent cop had to be destroyed—that was the strategy of the Simpson defense. But as certainty about Simpson's guilt grew, so did outrage about the scapegoating of Detective Mark Fuhrman. Fuhrman knew how the police mishandled and overlooked key evidence. He knew where the prosecutors went wrong. Now the former LAPD detective tells his side of the story in this damning expos├®.

In this blockbuster book, Fuhrman takes listeners on a detective's journey through the crucial first twenty-four hours of the investigation. We uncover not only the bloody glove but explosive new evidence recorded by Fuhrman and his partner at the scene but astonishingly never presented at the trial. Fuhrman's own hand-drawn maps of the crime scene and his reconstruction of the murders leave no doubt about what really happened at South Bundy Driveon June 12, 1994. These new revelations about the incompetence and corruption that pervaded the "trial of the century" set the record straight.

“A badly needed, if one-sided retrospective on how [Fuhrman’s] role unfolded. It is not necessary to absolve him to know that something was lost when [he] fell out of the case.” —New York Times Book Review
“Furhman’s book documents one of many fallibilities in the best justice system in the world, and for that reason alone, is worth a look.” —Examiner
“The main lesson of this book is an organizational one worth remembering: it doesn’t matter if the grunts do a good job, if the big-shots don’t follow up.” —Amazon.com, editorial review

Mark Fuhrman received more than fifty-five official commendations during his twenty years with the Los Angeles Police Department. Prior to his police career he was a sergeant in the Marine Corps, having first enlisted at the age of eighteen. An avid outdoorsman and artist, he now resides on a small working farm in northern Idaho with his wife and two children.