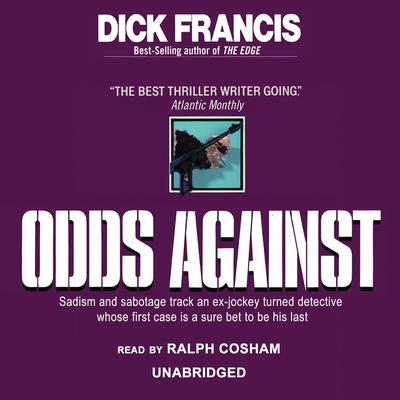 Finalist for the Edgar Allan Poe Award for Best Novel

It’s amazing what bodily injury can do for a man. A fall from a racehorse left brilliant jockey Sid Halley dangerously depressed, with a wrecked hand and the need for a new career. It was a bullet wound that helped him find one.

Although he’d been with a detective agency since his racing accident, it isn’t until some two-bit hoodlum drills a slug into his side that he is sent out on a case of his own. That is where he meets Zanna Martin, a woman who just might make life worth living again. But it is an even-money bet that he will be killed before she has the chance.