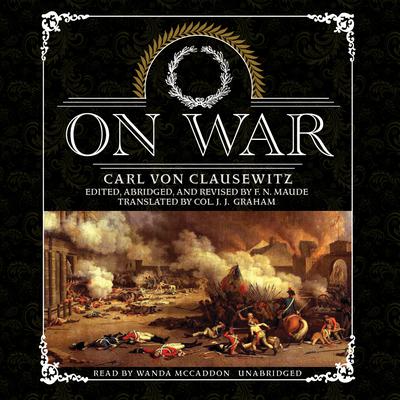 A Prussian soldier and writer, Clausewitz is said to have distilled Napoleon into theory. Perhaps best known among his numerous pronouncements is that war is a continuation of politics by other means. His theories and observations in this work have been heeded by military strategists for nearly two hundred years. Many have considered this to be the Bible of military strategy and tactics.

This abridged version of Clausewitz’s magnum opus follows the text of the New and Revised Edition (edited by F.N. Maude in 1908) of Col. J.J. Graham’s translation. Of the original three volumes, this version includes all of Volume I (except for the last chapter on night fighting) and six of the nine chapters of Book Eight of Volume III (The Plan of War). The editor’s objective in this abridgement was to select those portions of the work which most closely relate to our own time.

“Undoubtedly one of the most useful books ever written.” —New Republic

Carl Von Clausewitz (1780–1831) was a Prussian soldier and German military theorist who stressed the moral and political aspects of war.