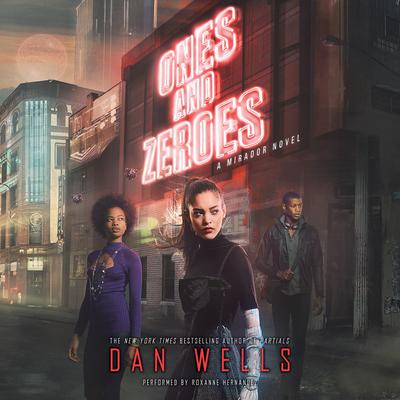 Ones and Zeroes: A Mirador Novel

Overworld. It’s more than just the world’s most popular e-sport—for thousands of VR teams around the globe, Overworld is life. It means fame and fortune, or maybe it’s a ticket out of obscurity or poverty. If you have a connection to the internet and four friends you trust with your life, anything is possible.

Marisa Carneseca is on the hunt for a mysterious hacker named Grendel when she receives word that her amateur Overworld team has been invited to Forward Motion, one of the most exclusive tournaments of the year. For Marisa, this could mean anything—a chance to finally go pro and to help her family, stuck in an LA neighborhood on the wrong side of the growing divide between the rich and the poor. But Forward Motion turns out to be more than it seems—rife with corruption, infighting, and danger—and Marisa runs headlong into Alain Bensoussan, a beautiful, dangerous underground freedom fighter who reveals to her the darker side of the forces behind the tournament. It soon becomes clear that, in this game, winning might be the only way to get out alive.

“Wells’ continuing series of futuristic thrillers ramps up the cinematic action and humor in his multicultural, multiethnic, dystopian near future. Realistic characters, whip-smart dialogue, and carefully controlled and believable technobabble (with sprinklings of Spanish, Chinese, and more) will have thriller, SF, and video-game fans rooting for the Cherry Dogs. A high-tech, futuristic Ocean’s Eleven with teens.” —Kirkus Reviews
“The futuristic setting is scary in its entirely plausible reliance on technology. The Cherry Dogs’ realistic dialogue and diverse personalities, races, and sexual orientations give most readers someone to relate to. The secondary characters are also well-developed, with backstories that move the narrative forward without superfluous distractions, and Wells creates easily understood descriptions of technology…An excellent pick for fans of gaming and futuristic thrillers. Give this to dystopian readers who are looking for a new twist on the future of the world.” —School Library Journal

Dan Wells is the author of the Partials Sequence, as well as the John Cleaver series: I Am Not a Serial Killer, Mr. Monster, and I Don’t Want to Kill You. He has been nominated for both the Hugo and the Campbell Award and has won two Parsec Awards for his podcast, Writing Excuses. He plays a lot of games, reads a lot of books, and eats a lot of food, which is pretty much the ideal life he imagined for himself as a child.