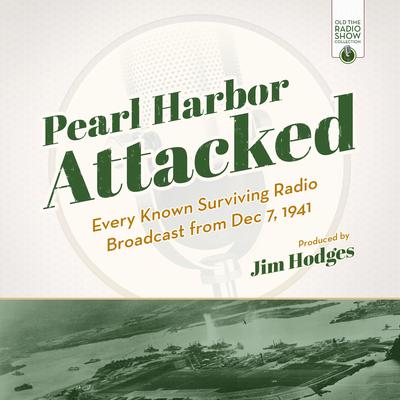 Jim Hodges Productions, Made for Success

December 7, 1941 - A Day That Will Live in Infamy! When the Japanese Ambassador was visiting with our Secretary of State, he did not know what we already knew—that the Japanese attack on Pearl Harbor had begun! On a quiet Sunday morning in sunny Honolulu, Hawaii, Japanese planes were dropping bombs on our fleet at anchor, our planes on the ground, and the town itself. Our entry into World War II had begun!

Listen live as the first reports of the attack come in, interrupting a football game broadcast, the live reports from the scene, the speculation and shock. These recordings play in order as they were broadcasted throughout the day.

Look for the Old Time Radio Show Collection from the 30s, 40s, and 50s! These classic stories will capture your attention as they reenact history in short programs.