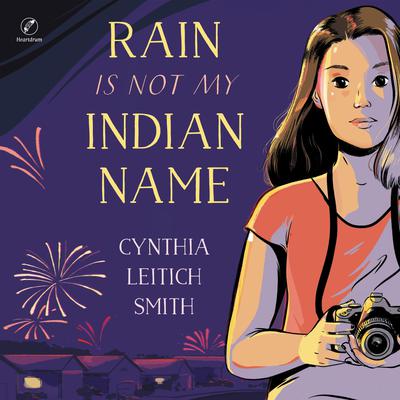 Rain Is Not My Indian Name

In a voice that resonates with insight and humor, New York Times bestselling author Cynthia Leitich Smith tells the story of a teenage girl who must face down her grief and reclaim her place in the world with the help of her intertribal community.

It's been six months since Cassidy Rain Berghoff’s best friend, Galen, died, and up until now she has succeeded in shutting herself off from the world. But when controversy arises around Aunt Georgia’s Indian Camp in their mostly white midwestern community, Rain decides to face the outside world again, with a new job photographing the campers for her town’s newspaper.

Soon, Rain has to decide how involved she wants to become in Indian Camp. Does she want to keep a professional distance from her fellow Native teens? And, though she is still grieving, will she be able to embrace new friends and new beginnings?

In partnership with We Need Diverse Books

Cynthia Leitich Smith is the bestselling, acclaimed author of books for all ages, including Hearts Unbroken, which won the American Indian Library Association’s Youth Literature Award. She was named the 2021 NSK Neustadt Laureate. She is the author-curator of Heartdrum, a Native-focused imprint at HarperCollins Children’s Books, and serves as the Katherine Paterson Inaugural Endowed Chair on the faculty of the MFA degree program in writing for children and young adults at Vermont College of Fine Arts. She is a citizen of the Muscogee Nation. Visit her online at www.cynthialeitichsmith.com.