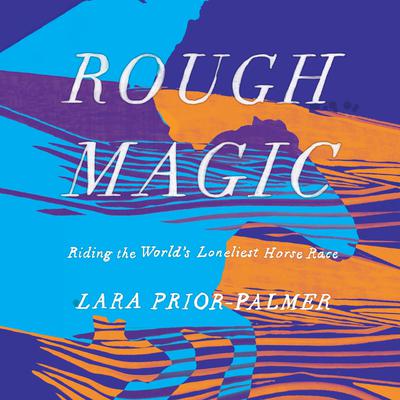 An Esquire Magazine Best Book of the Year selection in nonfiction

Finalist for the William Hill Sports Book of the Year Award

A Real Simple Pick of Best Book of the Year

At the age of nineteen, Lara Prior-Palmer discovered a website devoted to "the world's longest, toughest horse race"—an annual competition of endurance and skill that involves dozens of riders racing a series of twenty-five wild ponies across 1,000 kilometers of Mongolian grassland. On a whim, she decided to enter the race. As she boarded a plane to East Asia, she was utterly unprepared for what awaited her.

Riders often spend years preparing to compete in the Mongol Derby, a course that recreates the horse messenger system developed by Genghis Khan, and many fail to finish. Prior-Palmer had no formal training. She was driven by her own restlessness, stubbornness, and a lifelong love of horses. She raced for ten days through extreme heat and terrifying storms, catching a few hours of sleep where she could at the homes of nomadic families. Battling bouts of illness and dehydration, exhaustion and bruising falls, she decided she had nothing to lose. Each dawn she rode out again on a fresh horse, scrambling up mountains, swimming through rivers, crossing woodlands and wetlands, arid dunes and open steppe.

Told with terrific suspense and style, Rough Magic captures the extraordinary story of one young woman who forged ahead, against all odds, to become the first female winner of this breathtaking race.

“An astonishing and hair-raising memoir that you, too, will race to finish.” —Newsweek
“An inspirational tale of struggle—dehydration, injury, and isolation—ultimately overcome through grit and sheer willpower.” —Wall Street Journal
“Think the next Educated or Wild. Palmer’s memoir of beating the odds to become a horse champion is an inspiring saga of perseverance—and a classic underdog tale.” —Entertainment Weekly
“[A] riveting memoir.” —Southern Living
“Her book about the iconic horse race blends humor with a sense of enchantment and wildness . . . Join her for the race of a lifetime.” —Conde Nast Traveller

Lara Prior-Palmer was born in London in 1994. She studied conceptual history and Persian at Stanford University. In 2013, she competed in the 1,000-kilometer Mongol Derby in Mongolia, sometimes described as the world’s toughest and longest horse race, and became the first woman to win the race, and the youngest person ever to finish.