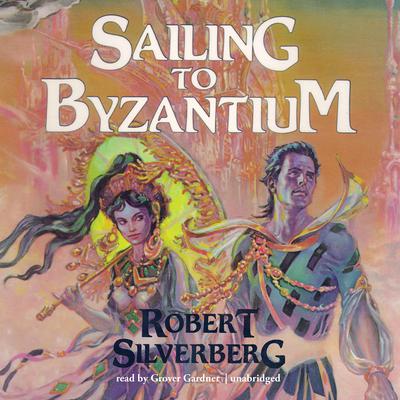 Winner of the 1985 Nebula Award for Best Novella

Finalist for the 1986 Hugo Award for Best Novella

An Entertainment Weekly “Must Read” If You Like Westworld

In his illustrious forty-five-year career as a novelist and author of short fiction, Robert Silverberg has belonged in the company of the best writers of the twentieth century. In this extraordinary Nebula Award–winning story, Silverberg builds on a literary allusion from Yeats to create a complex science fiction scenario of worlds lost and dreams fulfilled.

It is the fiftieth century on Earth, and ancient historical cities such as Byzantine Constantinople can now be created on a whim for visiting tourists. Charles Philip, a man from the twentieth century struggling to find his way home, finds himself fascinated with this strange new world. But beneath the surface fantasies, things are not as they seem.

“A beautifully worded novella from a highly respected author is made even more enjoyable by the reading of Grover Gardner. His precise, cultured voice adds to the wonder felt by the protagonist, and his calmly assured tones give the listener a feeling of comfort.” —AudioFile
“This fascinating futuristic novel, about a man traversing a fiftieth-century landscape to try to get himself home, is inspired by a poem of the same name by W. B. Yeats, which traces a spiritual journey and explores the concept of immortality.” —Entertainment Weekly
“He remains one of the most imaginative and versatile writers ever to have been involved with sf. His productivity has seemed almost superhuman, and his abrupt metamorphosis...into a prose artist was an accomplishment unparalleled within the field”  —Encyclopedia of Science Fiction