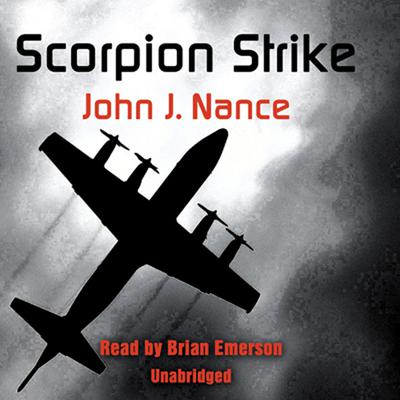 In the wake of Operation Desert Storm, a defecting Iraqi scientist has revealed Saddam Hussein's horrifying plans for a devastating counterstrike against his enemies…and the world.

With no time to spare, American forces must remobilize to locate and neutralize the underground laboratory where a lethal super-virus is ready to be unleashed. But an eleventh-hour disaster thrusts the entire mission into the hands of two Air Force comrades—Colonel Will Westerman and reserve colonel-turned-commercial pilot Doug Harris. Flying into the heart of Iraqi power, they must depend on both their skills and each other as never before in order to complete a mission that may be a suicide run.

“Gripping.” —Seattle Post-Intelligencer
“Brian Emerson’s reading is more than satisfactory.” —Audiofile
“The ill wind that blew pilot-author Nance to the Persian Gulf sent him home with plenty of thoroughly realistic background detail and an entirely too plausible plot about biological warfare as it might have been waged by Saddam Hussein…Pleasantly terrifying military thriller.” —Kirkus Reviews