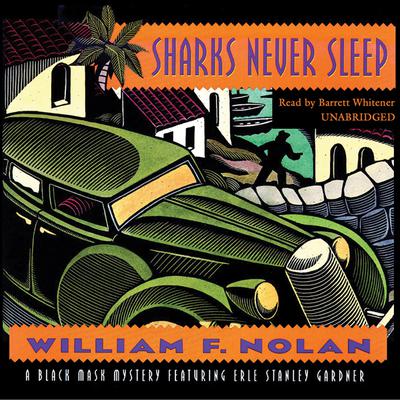 In a vivid re-creation of Hollywood’s Golden Age, Erle Stanley Gardner is accused of murder and becomes a fugitive in a desperate attempt to find the real killer.

As the action sweeps from an MGM movie set to an obscure fishing village on the Gulf of California, listeners are treated to a drunken John Barrymore emoting Shakespeare, a bawdy encounter with Mae West in a steam bath, a full-throttle car chase with racing legend Barney Oldfield, and a shocking phone call from America’s foremost gossipmonger, Walter Winchell. The climax is a murder trial in which Gardner, in true Perry Mason style, chooses to defend himself against the threatened death sentence.

“A clever mix of fact and fiction, veteran who-why-and-how-dunit fans will have as much fun reading this one as Nolan does when writing about the Black Mask boys.” —Booklist