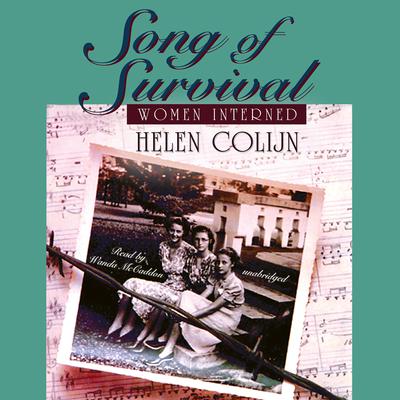 Helen Colijn’s account of her wartime experiences is a window into a largely overlooked dimension of World War II: the imprisonment of women and children in Southeast Asia by the Japanese and how these prisoners of war responded to their dire circumstances. The conditions were harsh, terrible. Food was scarce, medicine unavailable. Held in captivity for three and a half years, more than a third of the women in Helen’s camp died of disease or starvation. Yet their courage, faith, resiliency, ingenuity, and camaraderie provide us with enduring lessons on living.

Though the prisoners had no musical instruments, they had their voices, and from memory scored classical works for symphony and piano. The music that helped sustain them while in captivity is a lasting and precious gift of these women to a world that has witnessed far too much war.

“A remarkable story of the courage of women who endured, and of music’s healing powers.” —San Francisco Chronicle
“A moving account of some remarkable women and the music that sustained them.” —Amazon.com Review
“[Wanda McCaddon’s] performance brings the listener directly into this stark reality…The increasing weariness and loss of hope for liberation is poignant and striking.” —AudioFile
“Remarkable…grips the reader from the very first pages…Song of Survival will bring a new dimension to the courage that was a hallmark of World War II.” —Library Journal

Helen Colijn is the author of two books on Holland (Of Dutch Ways and The Backroads of Holland) and was coproducer of the documentary film Song of Survival.