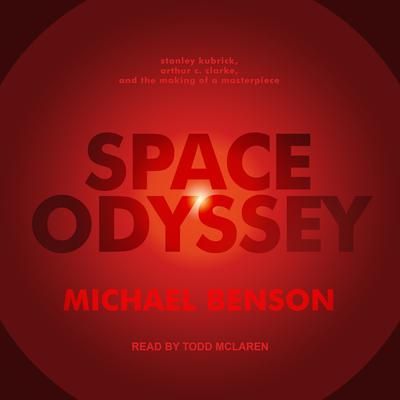 Space Odyssey: Stanley Kubrick, Arthur C. Clarke, and the Making of a Masterpiece

Regarded as a masterpiece today, 2001: A Space Odyssey received mixed reviews on its 1968 release. Despite the success of Dr. Strangelove, director Stanley Kubrick wasn’t yet recognized as a great filmmaker, and 2001 was radically innovative, with little dialogue and no strong central character. Although some leading critics slammed the film as incomprehensible and self-indulgent, the public lined up to see it. 2001's resounding commercial success launched the genre of big-budget science fiction spectaculars. Such directors as George Lucas, Steven Spielberg, Ridley Scott, and James Cameron have acknowledged its profound influence.

Author Michael Benson explains how 2001 was made, telling the story primarily through the two people most responsible for the film, Kubrick and science fiction legend Arthur C. Clarke. Benson interviewed Clarke many times, and has also spoken at length with Kubrick’s widow, Christiane; with visual effects supervisor Doug Trumbull; with Dan Richter, who played 2001's leading man-ape; and many others.

Michael Benson is the author of more than sixty books, including the true crime books Betrayal in Blood, Killer Twins, and Mommy Deadliest. He also wrote Who’s Who in the JFK Assassination, Inside Secret Societies, and most recently, The Devil at Genesee Junction.