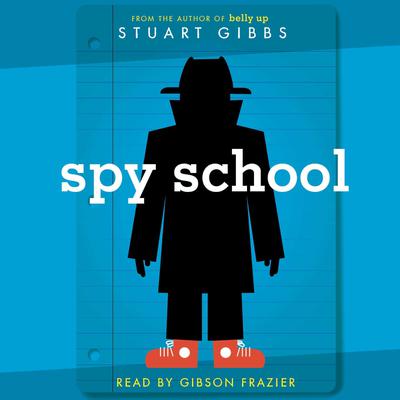 Finalist for the Edgar Award for Best Juvenile Novel

Can an undercover nerd become a superstar agent? Ben Ripley sure hopes so—and his life may depend on it!

Ben Ripley may only be in middle school, but he’s already pegged his dream job: C.I.A. or bust. Unfortunately for him, his personality doesn’t exactly scream “secret agent.” In fact, Ben is so awkward, he can barely get to school and back without a mishap. Because of his innate nerdiness, Ben is not surprised when he is recruited for a magnet school with a focus on science—but he’s entirely shocked to discover that the school is actually a front for a junior C.I.A. academy. Could the C.I.A. really want him?

Actually, no. There’s been a case of mistaken identity—but that doesn’t stop Ben from trying to morph into a supercool undercover agent, the kind that always gets the girl. And through a series of hilarious misadventures, Ben realizes he might actually be a halfway decent spy…if he can survive all the attempts being made on his life!

“This romp is a great choice for reluctant readers of either gender.” —Booklist
“Twists and turns in the plot keep readers guessing until the very end. The story, over-the-top funny, combines Alex Rider’s espionage skills with a huge dose of the sarcasm of Artemis Fowl. Subtle digs at the stuffiness of a federal agency and the romance of spying abound.” —School Library Journal

Stuart Gibbs is the author of several series of children’s books, including the FunJungle, Spy School, Moon Base Alpha, and the Last Musketeer series. He has written the screenplays for movies such as See Spot Run and Repli-Kate, worked on animated films, and developed television shows for Nickelodeon, Disney Channel, ABC, and Fox.