Zane Grey wrote about the West and lived it as well. Tales of Lonely Trails is a collection of true travel tales describing his explorations of uninhabited areas of the West, much of it on pack horses with a guide.

Here are descriptions of his hunting, camping, and exploring trips in the wild and desolate parts of the West, including Arizona territory, Colorado, Death Valley, the Tonto Basin, the Grand Canyon, and more. These adventures gave him the first-hard experience that he later used in writing his descriptions of the landscape and characters of his Western novels.

“[Zane Grey] had the knack of tying his characters into the land and the land into the story. There were other Western writers who had fast and furious action, but Zane Grey was the one who could make the action not only convincing but inevitable, and somehow you got the impression that the bigness of the country generated a bigness of character.” —Erle Stanley Gardner, Edgar Award–winning author of the Perry Mason novels, praise for the author 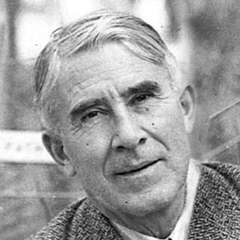 Zane Grey® (1872–1939), born in Ohio, was practicing dentistry in New York when he and his wife published his first novel. Grey presented the West as a moral battleground in which his characters are destroyed because of their inability to change or are redeemed through a final confrontation with their past. The man whose name is synonymous with Westerns made his first trip west in 1907 at age thirty-five. More than 130 films have been based on his work.