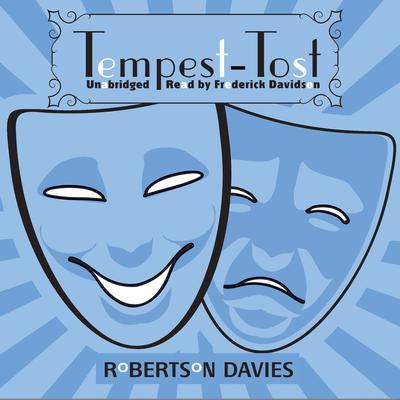 An amateur production of The Tempest provides a colorful backdrop for a hilarious look at unrequited love. Mathematics teacher Hector Mackilwraith, stirred and troubled by Shakespeare's play, falls in love with the beautiful heiress Griselda Webster. When Griselda shows she has plans of her own, Hector despairs on the play's opening night.

“High comedy with a spice of satire to give it savor.” —Montreal Gazette
“An exercise in puckish persiflage.” —Toronto Star
“Hilarious, satirical, witty, and clever.” —Edmonton Journal
“[Davies’] characters fascinate, and his gentle, graceful style makes no demands on the reader. His civilized prose should read well aloud—indeed, Davidson helps one hear its strengths. He provides an intelligent, expressive, well-paced rendering of the narrative…as well as vivid impersonations of the characters.” —AudioFile