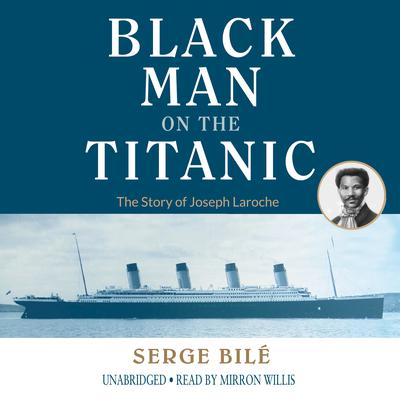 The Black Man on the Titanic: The Story of Joseph Laroche

Joseph Laroche was an anomaly among the passengers of the Titanic. He was exceptionally well-educated in a time when few black men had access to an education―and when even fewer were able to travel on a luxurious ship in first or second class. When his family arrived in the United States without him after the Titanic’s tragic crash, they were received well along with the other survivors, and even sponsored by a wealthy New York heiress.

Who was Joseph Laroche? Where was he going, and what was his story?

This biography recounts the life of Joseph Laroche, his part in the history of Haiti, and how he ended up on the last ship of an era of glamourous travel. He was a direct descendant of the father of Haitian independence and related to two Haitian presidents. As an engineer, Laroche contributed to the construction of the Parisian railway, and he had a promising future ahead of him.

Ivorian-French writer Serge Bilé is the author of this fresh perspective on a tragedy that still fascinates millions and has inspired dozens of history books. With thorough research in Haiti and France, Bilé unearths the story of this exceptional figure in history. This is a story of black history in the United States and Haiti, and of one man who represented something exceptional at their intersection.

Serge Bilé is an Ivorian/French journalist. He is the author of several essays and documentaries about the Black and Caribbean experience. Over 100,000 copies of his book The Blacks in Nazi Camps have been sold worldwide. Currently, he is a news anchorman for Martinique Première, a network of France Télévision group and the most-watched TV newscaster on primetime on the Island.