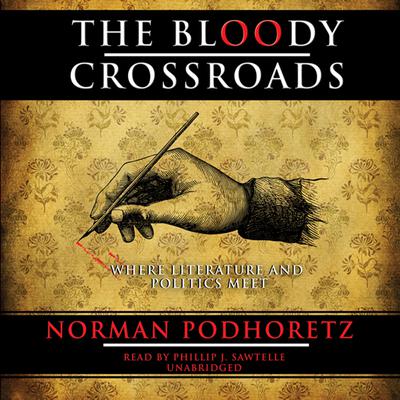 The Bloody Crossroads: Where Literature and Politics Meet

This is a series of essays dealing with authors who stand at “the bloody crossroads: where literature and politics meet.” Why bloody? Because writers’ blood has often been shed when they boldly expressed their opinions, and their opinions have often influenced political leaders to shed the blood of others.

In his analysis of contemporary writers such as Orwell, Solzhenitsyn, and Camus, Podhoretz examines the literary and cultural sweep of the conflict between totalitarianism and the democratic West. He traces the roots of widespread unfriendly attitudes toward the United States and suggests why such opinion holders are misguided and dangerous. He also shows why a peaceful coexistence with the communist regime is nonsense, but neither is war inevitable.

Norman Podhoretz is now editor-at-large for Commentary magazine, where he was editor-in-chief for thirty-five years. He is also an adjunct fellow of the Hudson Institute and the author of numerous bestselling books, including Making It, Breaking Ranks, Ex-Friends, My Love Affair with America, and The Prophets.