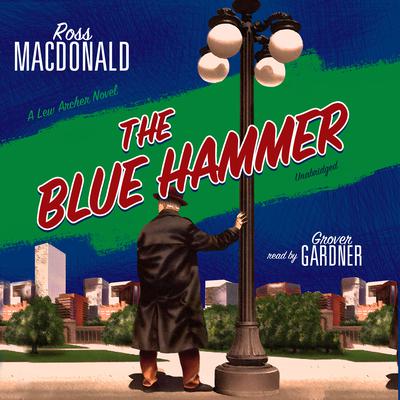 A Los Angeles Times Pick of the Best Mystery Series

In this masterful Macdonald mystery, the desert air is hot with sex and betrayal, death and madness, and only Lew Archer can make sense of a killer who makes murder a work of art.

The era is the 1970s, the settin,  Southern California. Private investigator Lew Archer has been hired to retrieve a stolen canvas reputed to be the work of the celebrated Richard Chantry, who vanished in 1950 from his home in Santa Teresa. It is the portrait of an unknown woman.

Suddenly, Archer finds himself drawn into a web of family complications and masked brutalities stretching back fifty years, through a world where money both talks or buys silence; where social prominence is a murderous weapon; where, behind the plausible façades of homes not quite broken but badly bent, a heritage of lies and evasions pushes troubled men and women deeper into trouble. And as he pursues the Chantry portrait and the larger mystery of Richard Chantry, Archer himself is shaken as never before—by a woman.

“Everybody, particularly Lew, keeps feeling certain things in his bones…and all of this business entails illegitimacy, impostures, frauds, false identities, cover-ups, paraplotted with Macdonald’s literally stunning complexity so that you’re with him.” —Kirkus Reviews
“[Grover Gardner] shows his talent as he captures the emotions of Archer, as well as the secondary characters, while maintaining the tempo of the story. [Gardner’s] tenor voice adapts well for the voices of the female characters in the novel.” —AudioFile
“[The] American private eye, immortalized by Hammett, refined by Chandler, [is] brought to its zenith by Macdonald.” —New York Times Book Review, praise for the author
“Archer solves crimes with the instincts of a psychologist and the conscience of a priest, and the mid-twentieth-century Southern California setting is a wonderful ride in the Wayback Machine.” —Los Angeles Times, praise for the series