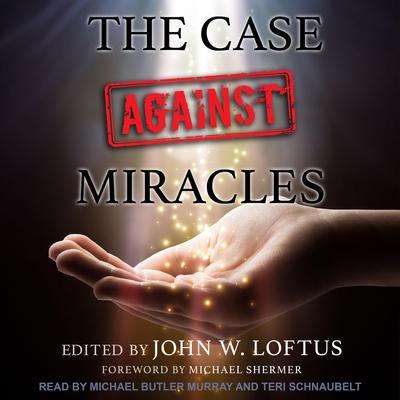 The Case Against Miracles

For as long as the idea of "miracles" has been in the public sphere, the conversation about them has been shaped exclusively by religious apologists and Christian leaders. The definitions for what a miracles are have been forged by the same men who fought hard to promote their own beliefs as fitting under that umbrella. It's time for a change.

Enter John W. Loftus, an atheist author who has earned three master's degrees from Lincoln Christian Seminary and Trinity Evangelical Divinity School. Loftus, a former student of noted Christian apologist William Lane Craig, got some of the biggest names in the field to contribute to this book, which represents a critical analysis of the very idea of miracles.

Incorporating his own thoughts along with those of noted academics, philosophers, and theologians, Loftus is able to properly define "miracle" and then show why there's no reason to believe such a thing even exists.

Addressing every single issue that touches on miracles in a thorough and academic manner, this compilation represents the most extensive look at the phenomenon ever displayed through the lens of an ardent non-believer.

John W. Loftus is a former Christian minister and apologist with degrees in philosophy, theology, and the philosophy of religion from Lincoln Christian University and Trinity Evangelical Divinity School. He also did PhD studies at Marquette University in theology and ethics. John is the founder of an influential blog called Debunking Christianity. He is the author of Why I Became an Atheist: A Former Preacher Rejects Christianity and the editor of The Christian Delusion: Why Faith Fails, and The End of Christianity. He lives in Indiana.