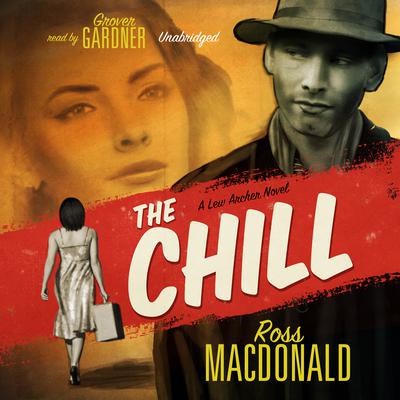 The Chill: A Lew Archer Novel

A Los Angeles Times Pick of the Best Mystery Series

Lew Archer knew he shouldn’t have taken the case, but Alex Kincaid seemed so desperate. Kincaid’s loving new bride Dolly had just inexplicably walked out on him, leaving Kincaid more than a little fearful for her sanity—and her safety. So Archer reluctantly agreed to help Kincaid find her. But what he found instead was enough to send a chill down anyone’s spine—a new fresh corpse and evidence linking Dolly not only to this murder but to a series of others dating back to before she was even born.

Winner of the Mystery Writer of America Grand Master Award, Ross Macdonald is acknowledged around the world as one of the greatest mystery writers of our time and is labeled as one of the founding authors of the hard-boiled detective—most notably for Lew Archer in the series of novels on his many detective cases.

“An entertainment of almost Byzantine complexity in which practically nothing is as the facts would seem…Highly satisfactory.” —New Yorker
“As usual, Macdonald’s economical prose propels the reader forward from one action-packed scene to another...The Chill stands out among his books.” —Amazon.com
“Archer solves crimes with the instincts of a psychologist and the conscience of a priest, and the mid-twentieth-century Southern California setting is a wonderful ride in the Wayback Machine.” —Los Angeles Times, praise for the series
“Lew Archer...is a crime-fighter of the old school; painstakingly searching out the twisting thread of suspense that leads him from the hint of one complicated drama to another.” —Christian Science Monitor