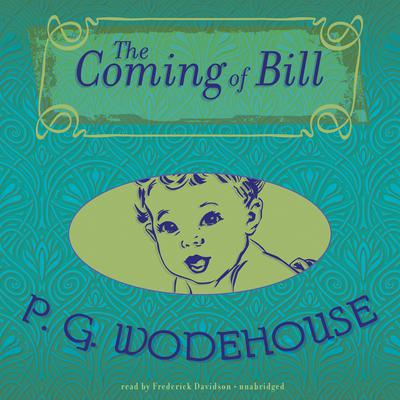 The Coming of Bill

The nearest Wodehouse ever came to a serious story, The Coming of Bill is a fascinating blend of social commentary and light comedy.

Kirk, an impecunious artist of perfect physique, and Ruth, a spoiled heiress, were blissfully happy through their early days of marriage and the birth of their first son. But when Kirk returns from a trip to Colombia to find Ruth under the thumb of her aunt Lora, an advocate of eugenics, parenting philosophies divide them. It takes a series of comic mishaps, featuring a galaxy of vintage Wodehouse characters, to retrieve the family’s happiness from the overbearing aunt.