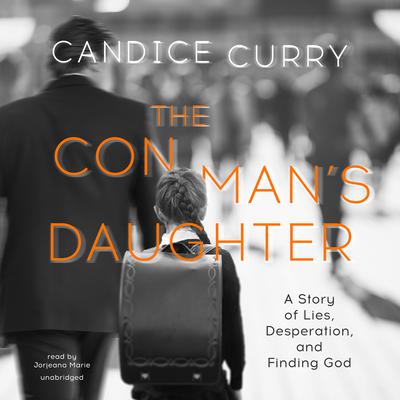 The Con Man’s Daughter: A Story of Lies, Desperation, and Finding God

When Candice Curry was a little girl, she put her hand in her father’s back pocket so that she wouldn’t get lost in large crowds. Little did she know that as she followed him, he was plying his trade: conning people. Her family drove stolen cars, lived in stolen houses, and shopped with stolen credit cards. Drug use was regular, as were visits from strange people who were trying to track her father down. Though she eventually cut ties with her father, Candice could not ignore the scars that were left from her childhood.

This is her story, one steeped in secrets but one that, ultimately, led her to a place of forgiveness and freedom. As she struggles to understand her criminal father, as well as her own imperfect life, Candice comes to realize that we are not defined by our circumstances but rather by how we react to those circumstances. She’s found peace in the knowledge that God doesn’t love us because we’re perfect—but because he is.

“This is a must-read! I couldn’t put it down! Hope, help, and healing are in these pages.” —Ken Freeman, author, evangelist, and motivational speaker
“I had no intention to sit down and read this book cover to cover in one sitting, but Candice drew me into her story from the opening chapter.” —Melanie Shankle, New York Times bestselling author
“A captivating story of hope and redemption.” —Margaret Feinberg, author of Fight Back with Joy

Candice Curry spent years working in sales doing what she felt she had to instead of what she wanted to. Then she put her faith in God and gave it all up to share her story through writing. The daughter of a con man and convicted criminal, Candice started a blog as a form of therapy, which has grown into a worldwide ministry and landed her on Today and Good Morning America.