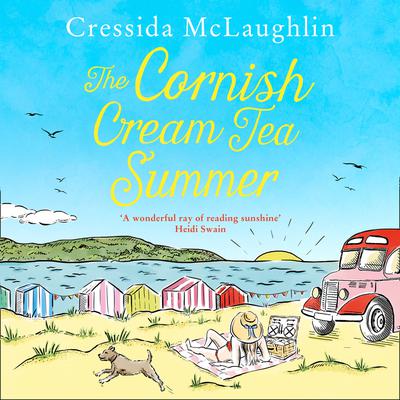 Charlie has a new helper on her bus, her free-spirited and loveable cousin, Delilah, who has paid a visit to the charming Cornish village of Porthgolow and is helping out on Charlie’s adorable cream tea bus.

When the director of a new television series filming further along the coast tells Delilah that the bus would be the perfect addition to their onsite catering, she takes him a bit too literally. Charlie and Delilah find themselves caught up in the filming of a lavish period drama, and it isn’t long before Delilah finds herself drawn to the handsome male lead.

But Delilah has made a habit of making rash decisions, and it’s one of the reasons she’s hiding out in Cornwall. Could this be one impulsive step too far? Or is a change of direction the start of something quite unexpected?

Cressy McLaughlin is the author of eight series of novels and one stand-alone novel. She was born in South East London surrounded by books and with a cat named after Lawrence of Arabia. She studied English at the University of East Anglia. She lives in Norwich with her husband. When she isn’t writing, she spends her spare time reading, returning to London, or exploring the beautiful Norfolk coastline.