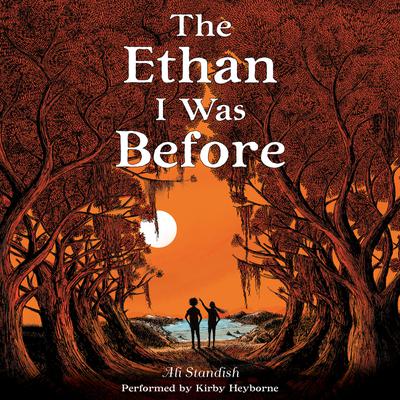 The Ethan I Was Before

“Readers will be riveted.” —Publishers Weekly (starred review) This middle grade novel is an excellent choice for tween readers in grades 7 to 8, especially during homeschooling. It’s a fun way to keep your child entertained and engaged while not in the classroom.

The Ethan I Was Before is an award-winning story of love and loss, wonder and adventure, and ultimately of hope.

Lost in the Sun meets The Thing About Jellyfish in Ali Standish’s breathtaking debut. A poignant middle grade novel of friendship and forgiveness, this is a classic in the making.

Ethan had been many things. He was always ready for adventure and always willing to accept a dare, especially from his best friend, Kacey. But that was before. Before the accident that took Kacey from him. Before his family moved from Boston to the small town of Palm Knot, Georgia.

Palm Knot may be tiny, but it’s the home of possibility and second chances. It’s also home to Coralee, a girl with a big personality and even bigger stories. Coralee may be just the friend Ethan needs, except Ethan isn’t the only one with secrets. Coralee’s are catching up with her, and what she’s hiding might be putting both their lives at risk.

“Beautifully told…Part mystery, part adventure, and totally heartwarming.” —Han Nolan, National Book Award–winning author of Dancing on the Edge
“This debut audiobook will grab listeners’ hearts and not let go…Narrator Kirby Heyborne is extraordinary in the way he inhabits the character of twelve-year-old Ethan, vocal cracks and all. He gives listeners the sense of eavesdropping on his innermost thoughts as he slowly finds his way back to the Ethan he was before. He voices Grandpa Ike with just the right balance of crustiness and compassion and gives tones of believable frustration mixed with longing to big brother Roddie, who had to leave girlfriend and dreams of baseball stardom behind. A perfect listening experience! Winner of the AudioFile Earphones Award.” —AudioFile
“Readers will be riveted as Ethan, his family, and other well-developed characters face the somber realities of life head on.” —Publishers Weekly (starred review)
“An uplifting book that explores the way grief evolves through the power of remembrance.” —Booklist
“A deft balance between storytelling and accessible reflection for the middle-school reader.” —Bulletin of the Center for Children’s Books

Ali Standish, author of the critically acclaimed The Ethan I Was Before, August Isle, and Bad Bella, grew up in North Carolina and spent several years as an educator in the public school system of Washington, DC. She has an MFA degree in children’s writing from Hollins University and an MPhil in children’s literature from the University of Cambridge.