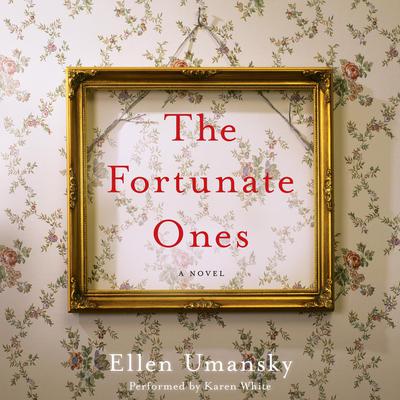 The Fortunate Ones: A Novel

It is 1939 in Vienna, and as the specter of war darkens Europe, Rose Zimmer’s parents are desperate. Unable to get out of Austria, they manage to secure passage for their young daughter on a kindertransport, and send her to live with strangers in England.

Six years later, the war finally over, a grief-stricken Rose attempts to build a life for herself. Alone in London, devastated, she cannot help but try to search out one piece of her childhood: the Chaim Soutine painting her mother had cherished.

Many years later, the painting finds its way to America. In modern-day Los Angeles, Lizzie Goldstein has returned home for her father’s funeral. Newly single and unsure of her path, she also carries a burden of guilt that cannot be displaced. Years ago, as a teenager, Lizzie threw a party at her father’s house with unexpected but far-reaching consequences. The Soutine painting that she loved and had provided lasting comfort to her after her own mother had died was stolen, and has never been recovered.

This painting will bring Lizzie and Rose together and ignite an unexpected friendship, eventually revealing long-held secrets that hold painful truths. Spanning decades and unfolding in crystalline, atmospheric prose, The Fortunate Ones is a haunting story of longing, devastation, and forgiveness, and a deep examination of the bonds and desires that map our private histories.

“Umansky shrewdly avoids letting the issue of stolen art crowd out other aspects of the story, to which she gives a feminist tilt.” —New Yorker
“A subtle, emotionally layered novel about the ways art and other objects of beauty can make tangible the invisible, undocumented moments in our lives, the portion of experience that exists without an audience but must be preserved if we are to remain whole.” —New York Times Book Review
“Umansky’s richly textured and peopled novel tells an emotionally and historically complicated story with so much skill and confidence it’s hard to believe it’s her first.” —Kirkus Reviews (starred review)
“Sensitively addresses the complicated issue of survivor’s guilt and leaves readers with a sense of hope.” —Booklist (starred review)
“A riveting, page-turning novel that investigates the true price of art and love and history.” —Jennifer Gilmore, author of The Mothers
“I stayed up all night reading this book and it left me weeping, in awe of her gifts and, more than anything, so lucky to be alive.” —Joanna Hershon, author of A Dual Inheritance
“Remarkable.” —Helen Schulman, author of This Beautiful Life

Ellen Umansky has published fiction and nonfiction in a variety of venues, including the New York Times, Salon, Playboy, and the short-story anthologies Lost Tribe: Jewish Fiction from the Edge and Sleepaway: Writings on Summer Camp. She has worked in the editorial departments of several publications, including the Forward, Tablet, and the New Yorker.