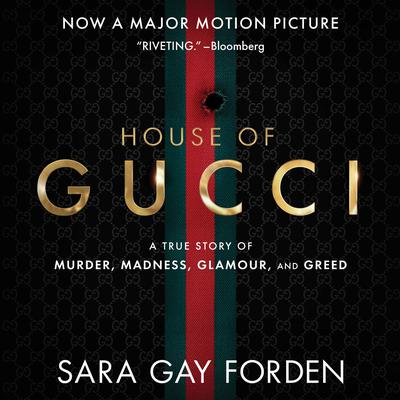 The House of Gucci: A Sensational Story of Murder, Madness, Glamour, and Greed

Named one of the best books of the year by the Economist, House Of Gucci tells the remarkable story of the power of the Gucci Dynasty and their famed luxury goods house. While the business was achieving unprecedented success, the family found itself shrouded in personal tragedy.

In 1993, Gucci's financial partner, InvestCorp, forced Maurizio Gucci, the last of the Gucci family to run the Gucci Corporation, out for draining company coffers with extravagant business practices. However, on March 27, 1995, the Gucci heir was slain as he approached his office building. In 1998, his ex-wife Patrizia Reggiani Martinelli was sentenced to 29 years in prison, for arranging his murder.

Did Patrizia murder her ex-husband because his spending was wildly out of control? Did she do it because her glamorous ex was preparing to marry his mistress, Paola Franchi? Or is there a possibility she didn't do it at all?

The Gucci story is one of glitz, glamour, intrigue, the rise, near fall and subsequent resurgence of a fashion dynasty. Beautifully written, impeccably researched, and widely acclaimed, The House of Gucci will captivate listeners with its riveting account of high fashion, high finance, and heart-rending personal tragedy.

“Forden’s complex story is hard to put down and easy to understand. Making light work of the labyrinthine family and its steamy feuds, she has an eye for picaresque detail.” —International Herald Tribune (Paris)
“Riveting reading.” —Cosmopolitan