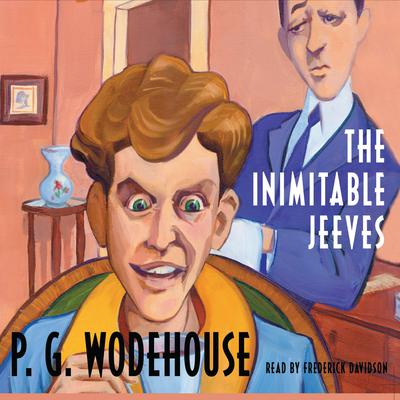 The Jeeves and Wooster Series: Book 1923

When Bingo falls in love at a Camberwell subscription dance and Bertie Wooster drops into the mulligatawny, there's work for a wet nurse. Who better than Jeeves?

This is the first Jeeves and Wooster story "Plum" ever wrote. Wodehouse weaves his wit through a wide collection of terrifying aunts, miserly uncles, love-sick friends, and unwanted fianc├®s. Bertie gets into a bit of trouble when one of his pals, Bingo Little, starts to fall in love with every second girl he lays his eyes on. But the soup gets really thick when Bingo decides to marry one of them and enlists Bertie's help. Luckily, he has the inimitable Jeeves to pull him out of it.

“Mr. Wodehouse’s idyllic world can never stale. He will continue to release future generations from captivity that may be more irksome than our own. He has made a world for us to live in and delight in.” —Evelyn Waugh
“My ‘Book of the Century’…P. G. Wodehouse at his shining best.” —Daily Telegraph
“By far the most prolific audiobook interpreter of P. G. Wodehouse’s comic English manor-house tales, Frederick Davidson here offers a performance superior to most of his other efforts…Aunt Agatha alone is worth the price of admission.” —AudioFile