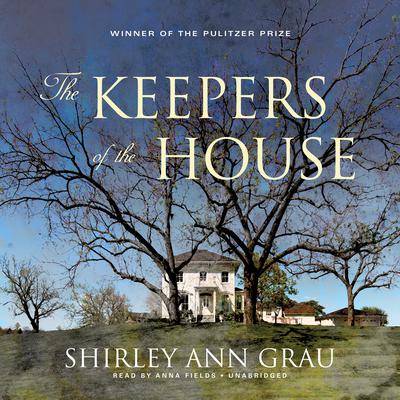 The Keepers of the House

Winner of the 1965 Pulitzer Prize for Fiction

Entrenched on the same land since the early 1800s, the Howlands have for seven generations been pillars of their Southern community. Extraordinary family lore has been passed down to Abigail—the last remaining member of the esteemed family and the last keeper of the house—but not all of it.

When shocking facts come to light about the late William Howland’s secret marriage to his black housekeeper, the community quickly gathers to vent its outrage upon Abigail and the Howland house itself.

Shaken but defiant, Abigail—compelled to go back through the family history in order to understand herself, her father, and the South—will now, in the name of all her brothers and sisters, take her bitter revenge on the small-minded Southern town that has shamed them and persecuted them but will never destroy them.

Winner of the Pulitzer Prize in 1965, The Keepers of the House is Shirley Ann Grau’s masterwork, a many-layered indictment of racism and rage that is as terrifying as it is wise. Morally intricate, graceful and suspenseful, it has become a modern classic.

“Shirley Ann Grau is one of those rare writers who create a world, draw the reader into it, and make him somehow happy there, no matter what goes on…One comes to the novel’s end with a sense of loss and leaves that world with reluctance.”  —Newsweek
“A beautifully written book.” —Atlantic
“Her best novel.” —Saturday Review
“Each year, I reread three authors—Toni Morrison, Leslie Marmon Silko, and Shirley Ann Grau. No one else writes about the landscape of Louisiana as she does, but also about the landscape of bitter love and family dreams, of sex not as romance but as commerce and experiment and mystery, of people adrift in their lives and people so tethered to their own pieces of earth. Keepers of the House is a masterpiece of history and race and the fragile yet tenuous ownership of land and love.” —Susan Straight, National Book Award finalist
“What a privilege to discover an older book that turns out to be better than most contemporary fiction. We can thank Blackstone for this pleasure…Anna Fields’ dramatic reading brings each of the Howlands vividly to life.” —AudioFile

Shirley Ann Grau, born in New Orleans in 1929, has spent most of her adult life in the Creole region. Not surprisingly, the powerful works of this major American author often reflect the isolated bayous and their French-speaking residents, but her fiction is equally at home with the fiercely independent people of small Southern towns and the sophisticated upper class of New Orleans. Her critically acclaimed first book, The Black Prince and Other Stories, established her as a talented new writer, and her fifth, The Keepers of the House, won the Pulitzer Prize in 1965.