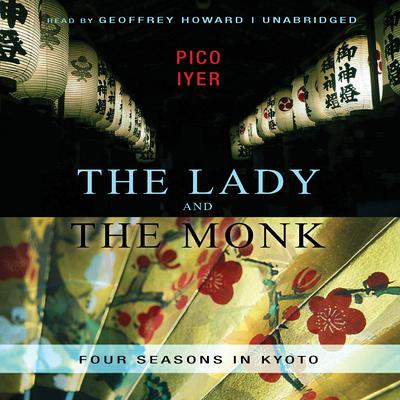 The Lady and the Monk: Four Seasons in Kyoto

When Pico Iyer decided to go to Kyoto and live in a monastery, he did so to learn about Zen Buddhism from the inside, to get to know Kyoto, one of the loveliest old cities in the world, and to find out something about Japanese culture today—not the world of businessmen and production lines, but the traditional world of changing seasons and the silence of temples, of the images woven through literature, of the lunar Japan that still lives on behind the rising sun of geopolitical power.

All this he did. And then he met Sachiko.

Vivacious, attractive, thoroughly educated, speaking English enthusiastically if eccentrically, the wife of a Japanese “salaryman” who seldom left the office before 10 p.m., Sachiko was as conversant with tea ceremony and classical Japanese literature as with rock music, Goethe, and Vivaldi. With the lightness of touch that made Video Night in Kathmandu so captivating, Pico Iyer fashions from their relationship a marvelously ironic yet heartfelt book that is at once a portrait of cross-cultural infatuation—and misunderstanding—and a delightfully fresh way of seeing both the old Japan and the very new.

“[Iyer] is a sharp-eyed and thoughtful observer, and he is successful in evoking the life of Kyoto’s malls, temples, and back streets, moonlit nights on the water, and the vulgarity of the Westernized nightclub and amusement quarter.” —New Yorker
“With his light touch for travel writing, Iyer selectively weaves the plaintive love poems and stories of Buddhist priests into his narrative. His sensitive treatment is recommended for most travel collections.” —Library Journal
“A personal and evocative work filled with much gentle humor, intelligence and insight.” —Kirkus Reviews

Pico Iyer is a British-born essayist and novelist long based in both California and Japan. He is the author of numerous books about crossing cultures, among them Video Night in Kathmandu, The Lady and the Monk, and The Global Soul. An essayist for Time since 1986, he also publishes regularly in Harper’s, The New York Review of Books, The New York Times, and many other publications across the globe.