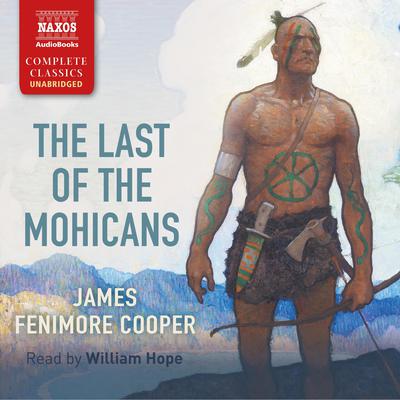 The Last of the Mohicans

This famous novel deals with the early frontier period of American history and is set in 1757 during the Seven Years War between the French and the British. Intrepid frontiersman and scout Natty ‘Hawkeye’ Bumppo, has lived among Indians for most of his life, respecting their customs and acquiring the skills of an experienced woodsman. His closest companion Chingachgook, the Mohican chief, and his son Uncas are the last surviving members of the Mohican tribe. When the evil Magua threatens the life of an innocent English woman, Hawkeye and the Mohicans find themselves at the centre of a battle for honour and vengeance.

James Fenimore Cooper (1789–1851), the first major American novelist, was the son of a wealthy landowner who founded Cooperstown, New York. He attended Yale and served in the navy before turning to writing, winning international fame with The Spy (1821). After The Pioneers (1823), public fascination with the character of Natty Bumppo led him to write a series of sequels that gradually unfold the entire life of the frontier scout.