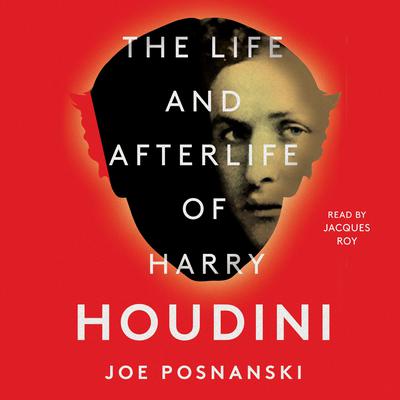 The Life and Afterlife of Harry Houdini

Award-winning journalist and New York Times bestselling author Joe Posnanski enters the world of Harry Houdini and his legions of devoted fans in an immersive, entertaining, and magical work on the illusionist’s impact on American culture—and why his legacy endures to this day.

Harry Houdini. Say his name and a number of things come to mind. Escapes. Illusions. Magic. Chains. Safes. Live burials. Close to a century after his death, nearly every person in America knows his name from a young age, capturing their imaginations with his death-defying stunts and daring acts. He inspired countless people, from all walks of life, to find something magical within themselves.

This is a book about a man and his extraordinary life, but it is also about the people who he has inspired in death. As Joe Posnanski delves into the deepest corners of Houdini-land, visiting museums (one owned by David Copperfield), attractions, and private archives, he encounters a cast of unforgettable and fascinating characters: a woman who runs away from home to chase her dream of becoming a magician; an Italian who revives Houdini’s most famous illusion every night; a performer at the Magic Castle in Los Angeles who calls himself Houdini’s Ghost; a young boy in Australia who, one day, sees an old poster and feels his life change; and a man in Los Angeles whose sole mission is life has been to keep the legend’s name alive.

Both a personal obsession and an odyssey of discovery, Posnanski draws inspiration from his lifelong passion for and obsession with magic, blending biography, memoir, and first-person reporting to examine Harry Houdini’s life and legacy. This is the ultimate journey to uncover why this magic man endures, and what he still has to teach the world about wonder.

“Whatever mystical inspiration drew Joe Posnanski to the story of Harry Houdini, readers will be forever grateful. Joe’s writing about the mysterious and mythical magician is touched by its own stunning magic.” —David Maraniss, New York Times bestselling author
“When a talented writer like Joe Posnanski tackles a subject as endlessly fascinating as Harry Houdini, the results are, quite simply, pure magic.” —BookPage (starred review)
“Marvelously entertaining…a rollicking look at one of the twentieth century’s most influential and enigmatic entertainers.” —Library Journal (starred review)
“A jaunty and infectious biography of the famous magician and his impact on magic and popular culture.” —Kirkus Reviews
“Joe Posnanski has produced the most informative and moving book ever written about Harry Houdini.” —John Cox, founder of Wild About Harry.com

Joe Posnanski is the author of the New York Times bestseller Paterno and several other books of nonfiction. He is a national columnist for NBC Sports and was a senior writer at Sports Illustrated from 2009 to 2012. In 2012, he was named National Sportswriter of the Year by the Sportswriters and Sportscasters Hall of Fame. Before joining SI, he was a columnist for the Kansas City Star for fifteen years and was twice named the best sports columnist in America by the Associated Press Sports Editors.