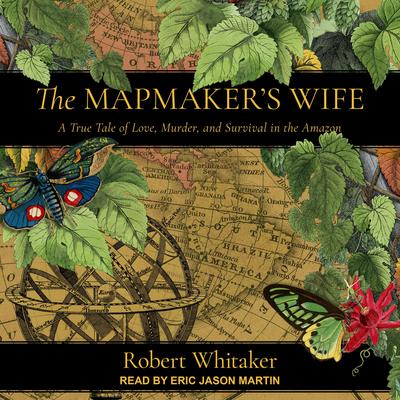 The Mapmaker's Wife: A True Tale Of Love, Murder, And Survival In The Amazon

In the early years of the eighteenth century, a band of French scientists set off on a daring, decade-long expedition to South America in a race to measure the precise shape of the earth. Like Lewis and Clark's exploration of the American West, their incredible mission revealed the mysteries of a little-known continent to a world hungry for discovery. Scaling 16,000-foot mountains in the Peruvian Andes, and braving jaguars, pumas, insects, and vampire bats in the jungle, the scientists barely completed their mission. One was murdered, another perished from fever, and a third—Jean Godin—nearly died of heartbreak. At the expedition's end, Jean and his Peruvian wife, Isabel Gramesón, became stranded at opposite ends of the Amazon, victims of a tangled web of international politics. Isabel's solo journey to reunite with Jean after their calamitous twenty-year separation was so dramatic that it left all of eighteenth-century Europe spellbound. Her survival—unprecedented in the annals of Amazon exploration—was a testament to human endurance, female resourcefulness, and the power of devotion.

Drawing on the original writings of the French mapmakers, as well as his own experience retracing Isabel's journey, acclaimed writer Robert Whitaker weaves a riveting tale rich in adventure, intrigue, and scientific achievement.